The following IST datacenter blog is issued from the published article in the November 2012 addition of  World in Power magazine.

Prior to the Integrated System Testing phase of the comissioning of a datacentre, the suppliers of individual M+E equipment, such as gen-sets, UPS, HVAC Systems, may well have already completed specific commissioning on their own systems, explains Hillstone’s Paul Smethurst.


Integrated System Testing ( IST ) has become an essential part of the commissioning of datacentres. This final testing procedure brings together the operational running of the individual mechanical and electrical systems to prove the data hall will function to is original design and operating specification. 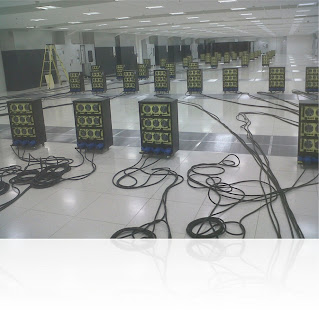 Prior to the IST, the suppliers of individual M+E equipment, such as gensets, UPS, and HVAC may well have already completed specific commissioning on their own systems.

Hillstone’s managing director, Paul Smethurst explains: “Our range of 19” rack-mounted loadbanks have been supplied to test both HVAC and the electrical power infrastructure. When the rack-mounted loadbanks are fitted into our 20KW Mini-Towers, data halls can be commissioned and even sold to clients prior to ‘fitting out’ of the racks.”

Server simulators or 19” rack-mounted loadbanks form an essential part of any IST procedure. These loadbanks are used to provide an evenly distributed load in the data hall. This live simulation is used to fully test the electrical infrastructure and the installed Heat - Ventilation - Air Conditioning system. 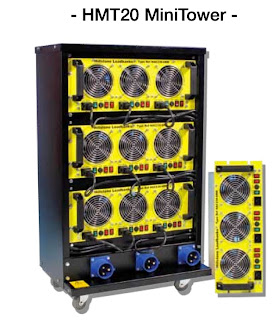 Simulating a mains failure is also recommended as part of the IST procedure.
This will verify the switching sequence performance of the electrical backup system to ensure the power is automatically transferred to UPS and generators.
It also ensures the power can be restored without interruption or failure.

He said: “These loadbanks are also available in the UAE as part of our Middle East rental service. We have supplied server simulators to perform IST procedures on many occasions and have found both major and minor problems in data halls.”

Datacentre problems identified during the use of Hillstone loadbanks over the past four years include:

Paul continues: “ This is the only time we see people happy when things are going wrong. Our equipment detects these kinds of key problems well before the client has to discover them.”

Hillstone’s business is doing well both in the UK and abroad.

To date, the company has supported IST projects for customers such as: